October 28, 2014
Editing is every writer's nightmare. Thomas J. Watson is supposed to have said, "If you want to succeed, double your failure rate". 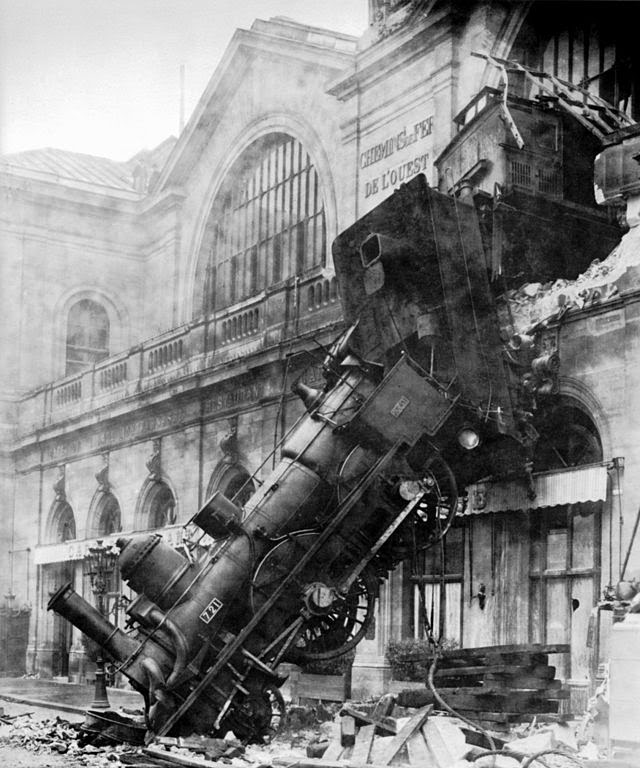 For a writer, there is nothing better, nothing more exciting than finding a good editor - like an alter ego, this is someone who understands fully what you're trying to do, but she has her head on her shoulders while yours is in the clouds.

This is what happened to me when I met Hannah Fischer Lauder. She is someone special, an avid reader, an anthropologist who has written not only many scientific reports, including case studies of specific individuals she met in the course of her field work (they read like novels!), she has also published articles in the more general press, like those you can find on Impakter (for example, here and here). Yes, she's a bit of a fighter - someone who can't stand social injustice.

And (miracle!), she read my book Forever Young, loved it but told me that I had made a serious mistake in trying to serialize the novel.

On this one, I knew she was right. I've learned the hard way that serializing your novel does not work unless you have the right support for it.

A good lesson, no doubt, and I'm happy to share it with you so that you don't repeat that mistake. To make it work, you need a zillion followers on social media (take your pick, Facebook, Twitter, Instagram, Pinterest or better yet, all four).

Barring that (my case), you need to upload the parts of your serialized novel on some website that will act as a draw, something like the Kindle Serials:

But Hannah didn't stop there. She didn't like the title either, pointing out that everybody and my uncle had used it. Actually, not my uncle, but Bob Dylan's famous song, that has even become the theme of an ebook: 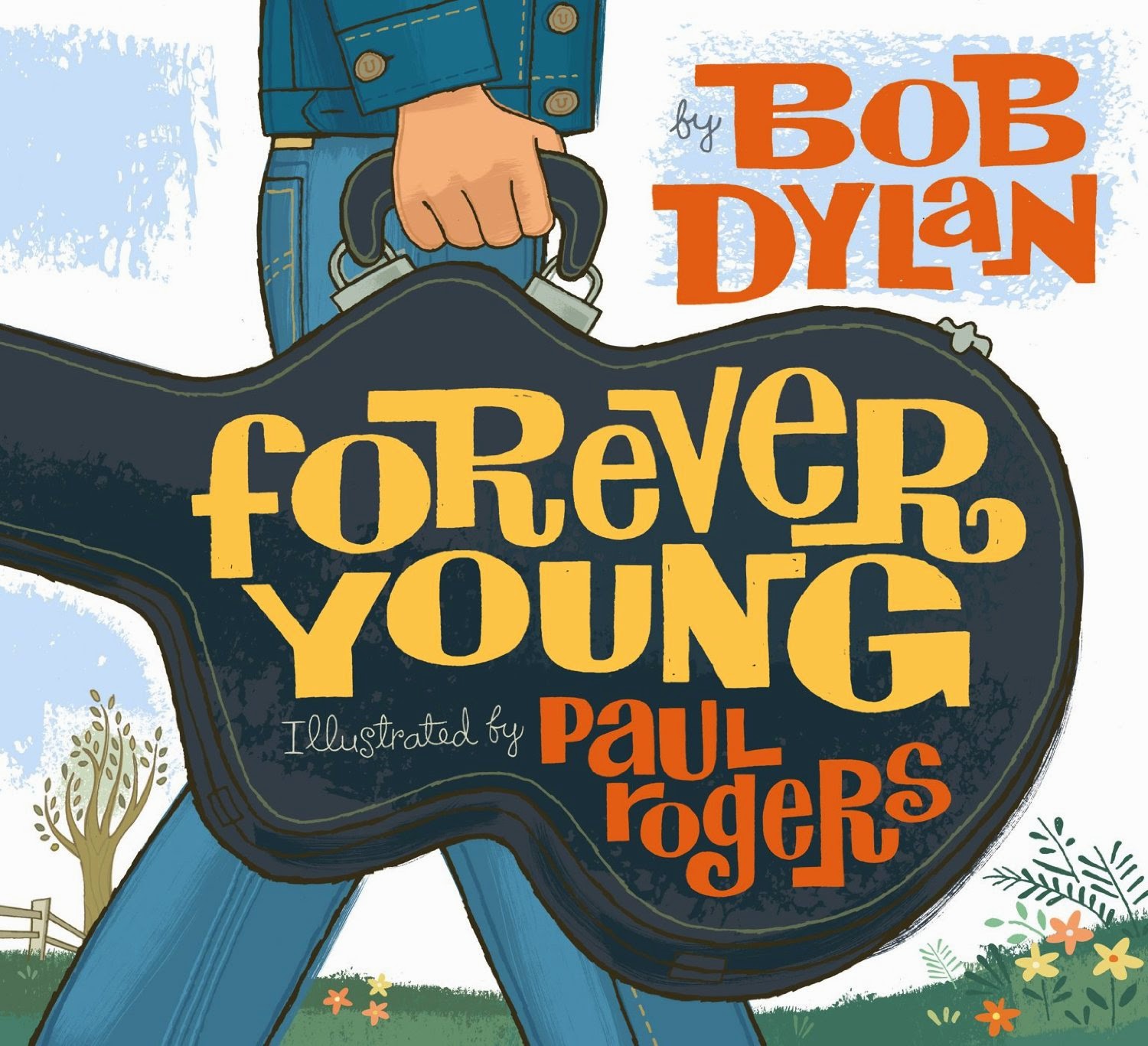 Finally she said, not content with all her previous devastating comments, the opening was no good. Too long. Didn't grab you.

I was crushed but I could see she had a point. Long ago (back in 2012) I had written a piece of flash fiction called "I will not leave you behind". It was good and short and everybody loved it, maybe because of that  - I mean, because it was really short. And punchy.

So instead of grasping what made it "work", I took it and turned it into a 20,000 words novella. Hum. It had certainly lost its punch. But I ignored the problem and continued, adding on a series of episodes - and that's how my serialized novel was born.

No good, she said. You have to think of it as a novel, not as a patchwork of episodes.

Sigh. Back to the drawing board. Thank God, she did most of the work, et voilà, a spruced up, totally new book was born on the ashes of Forever Young, like the proverbial phoenix.

The next task? I tore down every episode of Forever Young on Amazon (I mean I unpublished them) and uploaded instead my new Gateway to Forever. Okay, it's the same plot (if you read the previous version, don't read it again!) but it's much, much better.

I'm very proud of it now, thank you Hannah!

I even went back to Wattpad where I had uploaded the original version and tore it down there too. Now, if you go to Wattpad (and do go, everybody's on Wattpad, unknown authors and big ones, like Paolo Coelho who used Wattpad to launch his latest novel, Adultery), this is what you find: 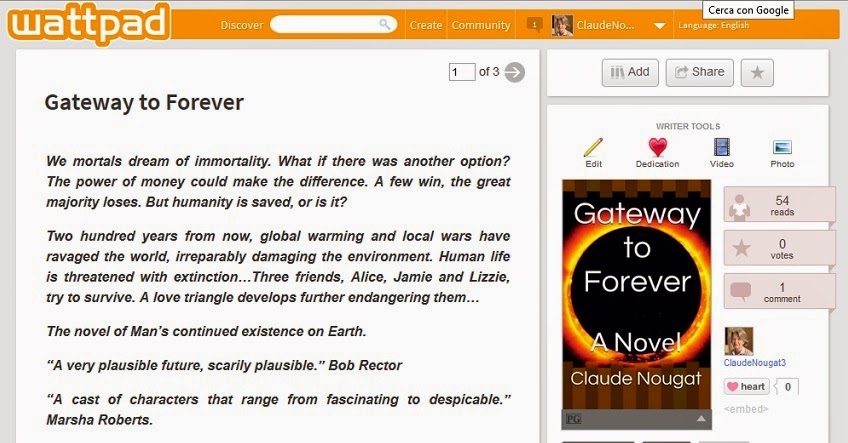 Okay, that's still very few reads, I had just uploaded it when I took the screenshot, the result of the first hour...And, yes, I regret that there are no comments or any "likes" yet. If you feel you want to say something or add a like, I'd be most grateful, click here to reach the site, I'd love to hear from you!

Now I stop, I'm not trying to plug my book, just explaining where I stand and why I uploaded a new version with a new title and cover. Thanks for bearing with me!

...And don't serialize your novel unless Kindle Serials has agreed to take you on. Believe me, that's good advice.

POST SCRIPTUM:  This morning (a day after I published this), Amazon launched one of its email campaign pushing a series of books in the same genre, and of course I got contacted (after all, I'm a reader too - and no, amusingly, they try to sell my own books to me!). See my screen shot here: 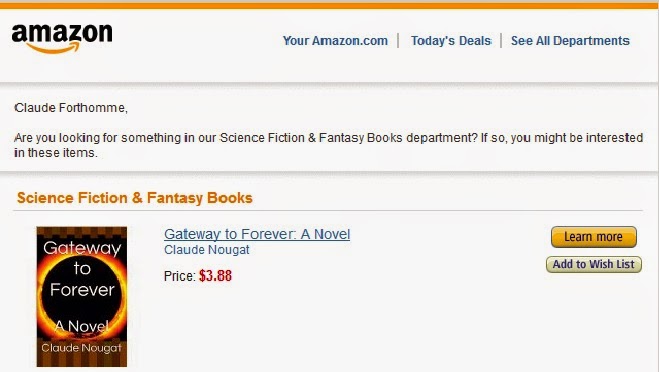 I'm curious. Has this ever happened to you? And with what results? Do you ever buy anything when Amazon sends you such an email?
Bob Dylan Facebook Instagram Serial (literature) Thomas J. Watson Twitter Wattpad 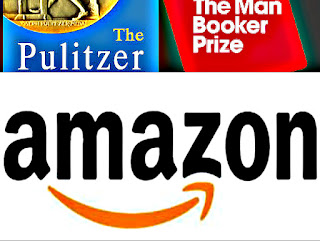