The European Commission is Killing E-Books! 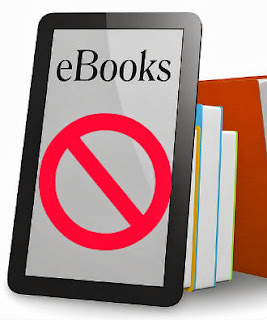 We all knew that the European Commission is a stupid bureaucracy that often weighs down on economic growth, as shown by its thoughtless embrace of German-promoted austerity policies. The Commission only recently woke up to the fact that Germany is the greatest beneficiary of austerity policies at the expense of Euro-zone members, especially Southern Europe. And now, it has just engaged in a bit of plant legislation that will probably favor the big corporations and multinationals (see articles below). Why? You may well ask. The EU Commission's micro-management is wrecking not only the economy but also culture and the quality of life of the average European citizen.

And it continues to batter digital publishing with ridiculous taxes: it requires the full VAT rate (sales tax) on e-books while allowing a reduced rate (around 5.5%) on printed books.

The reduced rate makes sense: it is based on the concept that books are a social benefit and they deserve support. But since the European VAT laws were drawn up before the digital age, e-books are not included. They're categorzed as an electronic service, and hence cannot get a tax exemption. Many EU member countries protest (see article below about Estonia) but so far few countries have broken rank - only France and Luxembourg - and treat e-books the same as printed books. But Brussels doesn't like it. Not one bit. See here.

As long as ebooks are taxed to death compared to printed books, the digital revolution won't be coming to Europe. When will the guys in Brussels wake up?

(source of photo: authormedia - manipulation is my own)

7 Tips to Make Your Free Book Downloads a Marketing Success

Image via Wikipedia
Writers are convinced making their book free for a short while will propel their books to the best seller lists and it's all to the readers' advantage. Free books! Why would writers want to give away their books? To expand their audience...


I just ran such a free promotion (form 7 to 9 March for my new collection of short stories DEATH ON FACEBOOK) and I wanted to share with you what I learned about free promotions so far and how to run them. I used the KDP Select feature that allows you 5 days of free promotion every three months, but I'm certain that what I'm saying here applies to whatever system you use to give-away your books.


First, as the promotion is on-going, keep an eye on it. Amazon tells you how many free downloads are made by the hour (that's on your "reports" board) and calculates your ranking overall in the free books available in the Kindle Store, and if you've classified your book in a genre, it also gives you the ra…

I recently stumbled upon - or rather, I was alerted by StumbleUpon - to the "Top 20 World Most Beautiful Living Spaces" in the Ultra Home Magazine and I was wowed!


The view is what matters. Yes, here you zero in on the Matterhorn, you can't avoid it!

This is just the sort of place where in my novel Forever Young beautiful Emma stops after skiing with Sergio, on the last day of her life, knowing she has only five hours left to live (in case you don't know, that's my science fiction novel, set 200 years from now, soon to be publi… 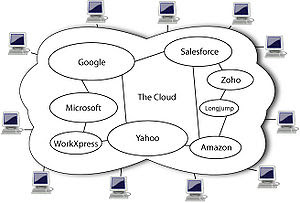 Diagram showing overview of cloud computing including Google, Salesforce, Amazon, Microsoft, Yahoo, Zoho, Longjump and WorkXpress (Photo credit: Wikipedia) Google Drive suddenly popped up on my Google mail as I was busy writing. Always curious, I downloaded it and couldn't believe what I saw: suddenly, in about a minute or less, everything that I had ever stored on my computer was up there, inside of that neat-looking icon file called Google Drive. It sat on my computer's desktop and was reachable from my Gmail, making available everything I ever wrote, every picture I ever took, every video I ever made for any other of my devices as I travel around, my mobile phone included!

Google Docs has become Google Drive. Now I can attach directly to any mail any doc I have on my computer.

And if I wanted to, I could send up to 10 GB attachments to my Google Drive - that's 400 times larger than what Gmail previously allowed. No need for extra storage space in the Cloud, Google has thou…